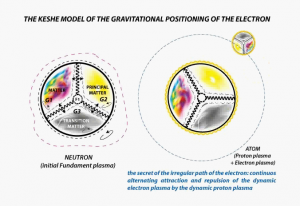 So if your amino acid magrav is in the strenght of the inner part of the principal magnetic field strenght, at that point the field appears to you as a matter – a tangible, detectable. And if the amino acid or what we call the point of interaction and vision or detection is somewhere between mans matter condition and the principal matter, then in that point the matter appears tangible and detectable to whatever has the same strenght.

The principal matter field is the sun. The sun continuously radiates it´s fields in both plasmatic magnetic fields and they radiate outwards continously. But when these fields interact with the gravitational magnetic field of the earth, which is a composite, then the interaction manifests itsself as a plasma which is equal to the strenght of the nitrogen. So in that process of interaction some fields are released which are still small packages of energy. But because of the field strength of the center of the earth get pulled to the center and these plasmas is what we call light. But in fact on the upper layer the plas mag field of the principal matter (which was the sun) in the transitional matter between the sun and the earth at this point in the energy level of the earth mag grav field it manifests itsself as a nitrogen. So if you go futher out into the boundary because of the weaker strenght of the fields by the time they get to saturn – because they have interacted with other fields on the way – they have the strenght in conjunction with the strenght of saturn to created a field balance of what we call a helium or a hydrogen. So from the point of observation of the man the material is nitrogen and becomes solid here. But it´s helium at saturn point of observation. But it´s all the same rate from the same center.

This is and how shall be the creation of God. And there is no difference. It depends where and at what strenght your field is made for you to be able to observe. In fact if we go to the lower levels, which we don´t observe, beyond of what we as humans can observe there are billions of stars. More than at the human level. Because the further you go the more matter you create. But it´s not visible to us because we sit above it from our field strenght. And the same shall be for the ones who sit up higher. This is how it is – this is how the plasma works.“